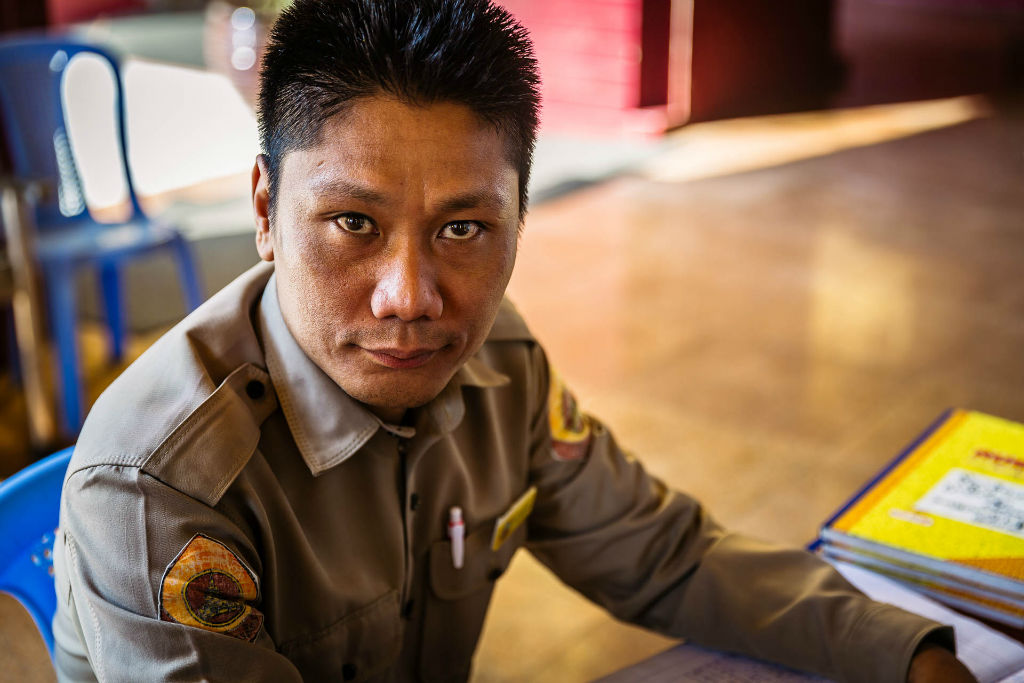 Security still remains a top priority for almost every nation in the world, and so it is still forbidden to photograph certain areas such as airports and military bases. While some countries do allow for strangers to take pictures of on-duty army or police personnel, it is heavily frowned upon in others.

Myanmar falls into the latter countries in this respect, and much of this is owed to its very blistering history in the past two centuries. After a tumultuous occupation by both the British and the Japanese, and a brief stint as a newly founded republic, the civilian government was overthrown and replaced with a military dictatorship.

Men in uniform became equally adored and admonished by different parts of society in Myanmar, but there was an overall respect for them. This rare image has a lot of personal value to me, not just because of what it represents, but also because of this policeman’s intense expression.

For countless decades, men in uniform in Myanmar have been considered to be devoid of any sort of grey matter, just another number in a long sequence of enforcement units. And yet, I see these people as being individuals with a clear mind and a capacity to make autonomous decisions, continuously balancing the implications of both good and bad actions.

I cannot fathom how difficult a position these people must be in, existing in a constant internal conflict between what is imposed on them by the state and what goes against their own personal judgement. 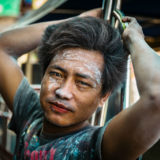